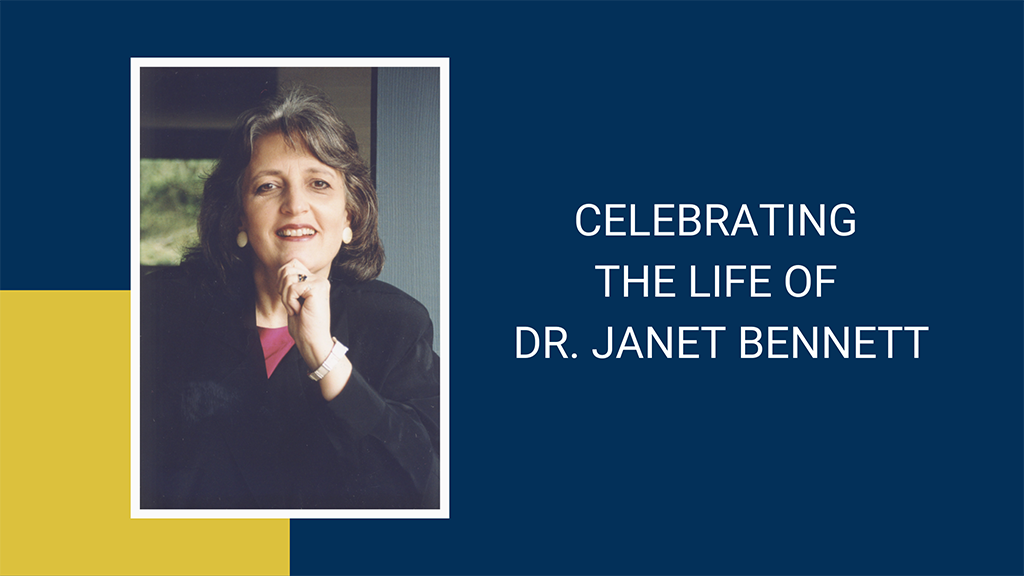 Dr. Janet Bennett, Executive Director of the Intercultural Communication Institute (ICI) passed away January 27, 2022. Janet advanced the field of intercultural communication in numerous ways from building theory, writing well-cited articles and books, developing training methods, educating and mentoring graduate students, and giving keynote addresses all over the world.  One indicator of her prominence was the invitation to edit The SAGE Encyclopedia of Intercultural Competence  (Sage, 2015). For over 40 years, ICI’s revered Summer Institute of Intercultural  Communication brought together top scholars who disseminated their knowledge to thousands of graduate students, professors, and practitioners from a wide variety of sectors and countries.

The Kozai Group President, Allan Bird, reflects on his relationship with Janet and her impact.

I first met Janet in the late 1990s, though I was aware of what she and others were up to in Palo Alto from the 1980s.  She invited me to spend some time at the Summer Institute for Intercultural Communications (SIIC) to get a feel for what was going on there and to discuss the possibility of delivering a workshop at SIIC in the future.  That was the beginning of a personal friendship and eventually a partnership between the Intercultural Communications Institute and The Kozai Group.

When I reflect on our relationship, three things stand out above all others.  First, there was her indefatigable inclination to search for the good in others, even when they made that search a challenge.  This orientation was like a compass set to true north in that it pointed her always in a positive direction.

Second, her sense of clarity in what she wanted to accomplish and how to pursue it.  I can recall numerous conversations late into the evening when, over a glass or two of wine, she offered sober assessments of the challenges that lay before us and the need to stay focused on what mattered most.

Third, and for me perhaps most instructive, was her ability to model the interculturally sensitive behavior she sought to instill in others.  A colleague who worked with her closely for many years said simply, “her example is a master class in itself.”  One of my hopes and desires is that the work we do at The Kozai Group will represent, in some small, part an extension of Janet’s vision and a contribution to her legacy.

Janet’s vision, deep knowledge, dedication, warmth and humor touched the lives of innumerable scholars and practitioners who shared and will continue to share what they learned from her with their own students and clients. Improved communication across cultures and the degree of understanding and empathy in many parts of the world has increased because of Janet’s influence and global leadership. She will be sorely missed. Below you can see Janet’s photos, both as a child and as the consummate professional.